Price guides for A Chinese gilt bronze figure of Amitayus,...

Appraise and find values for
A Chinese gilt bronze figure of Amitayus,... 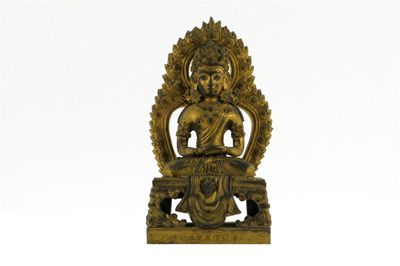 A Chinese gilt bronze figure of Amitayus, dressed as a Bodhisattva seated in dhyanasana on a square base in front of a flaming mandala, his hands in dhyanamudra,...