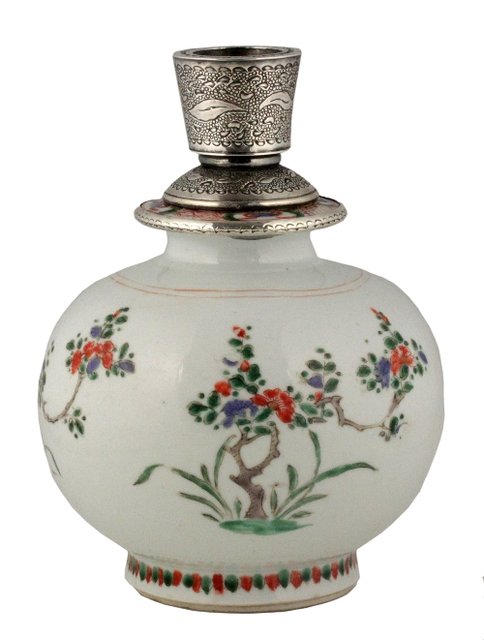 A Chinese famille verte Islamic market bottle vase, Kangxi, of globular form painted with flowering trees and with white metal mounts, 17.8cm (7") high... [this item is NOT for sale]