Appraise and find values for
A Chinese copper red bottle vase, the colour... 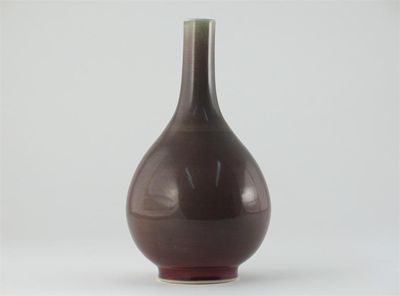 A Chinese copper red bottle vase, the colour thinning from the neck to a mushroom tone, 19th century, 30cm.... [this item is NOT for sale]