Price guides for A Carved Chinese Ivory Figure depicting a...

Appraise and find values for
A Carved Chinese Ivory Figure depicting a... 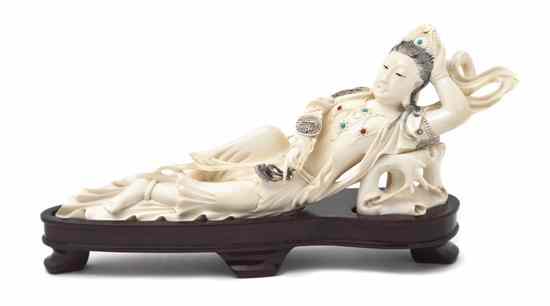 A Carved Chinese Ivory Figure depicting a recumbent lady having inset stones to her crown and necklace modeled in flowing garments and holding a ruyi scepter...