Price guides for A CIVIL WAR APPOINTMENT FOR ASSISTANT SURGEON...

Appraise and find values for
A CIVIL WAR APPOINTMENT FOR ASSISTANT SURGEON... 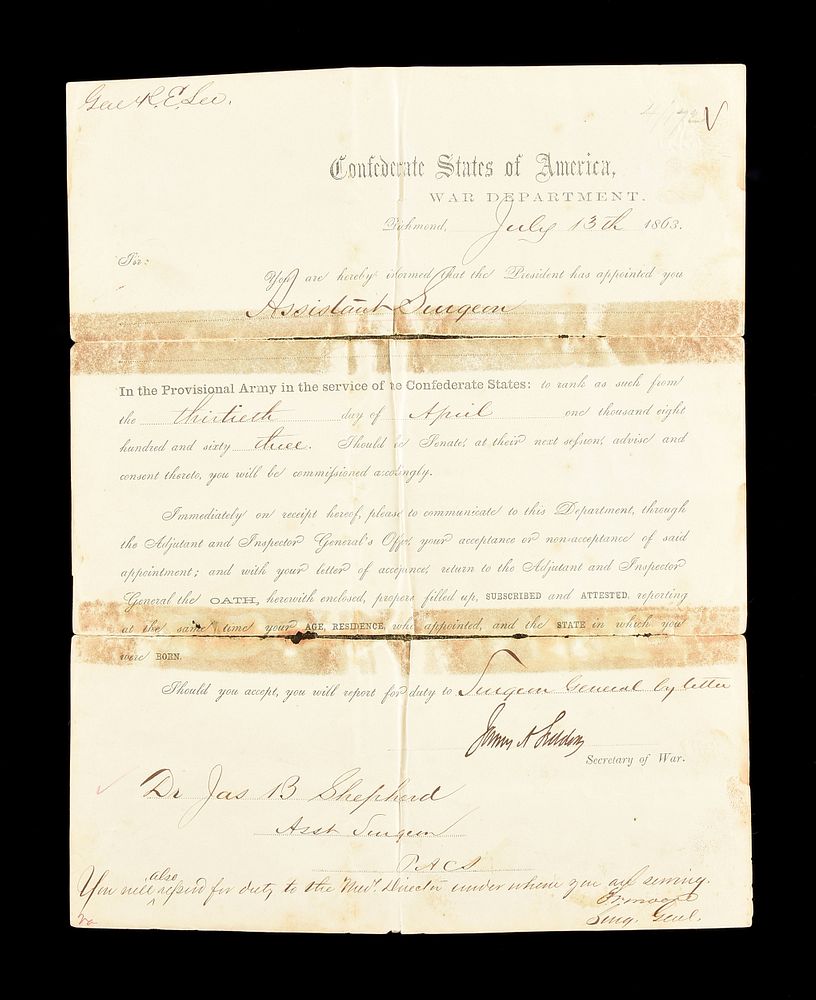