Appraise and find values for
A CHINESE GILT BRONZE SEATED FIGURE OF GUANYIN,... 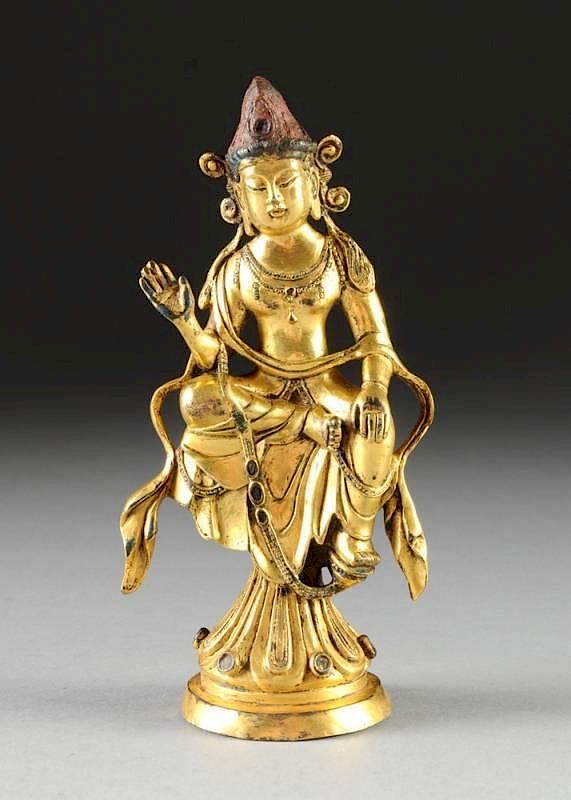