Appraise and find values for
A CARVED OAK BRACKET with acanthus leaf decoration,... 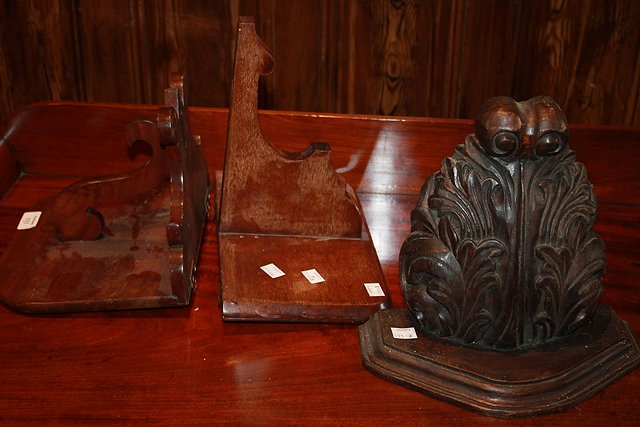