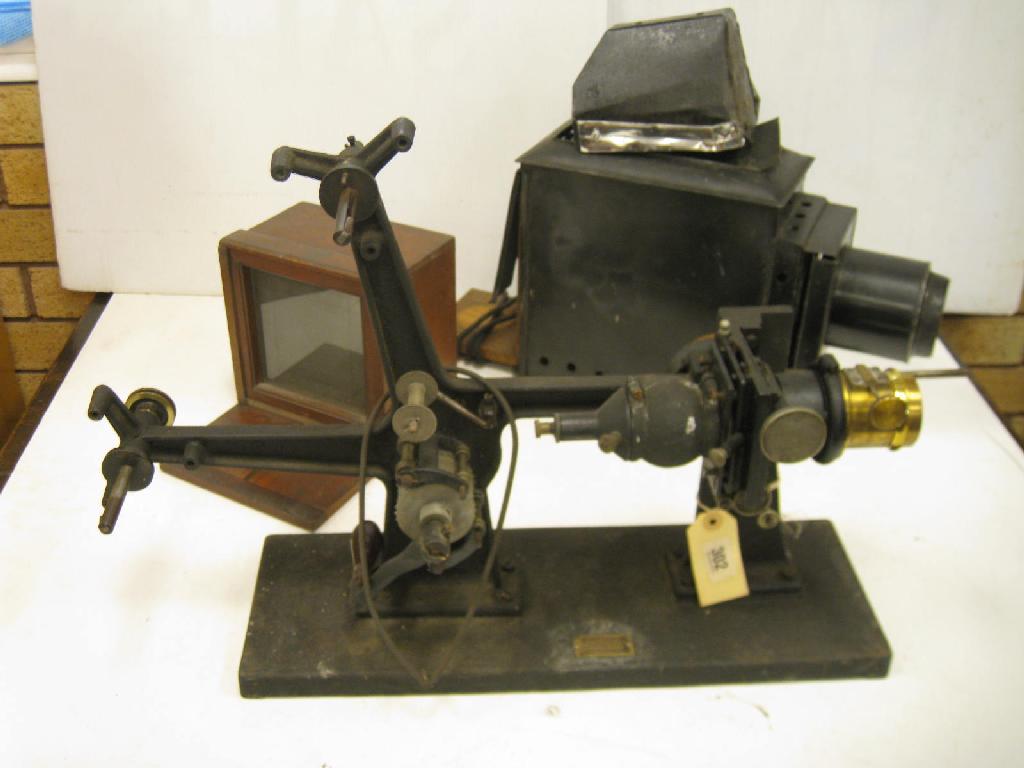 A Butcher & Sirus hand crank 35mm Film Projector, a Magic Lantern and a home made Plate Camera... [this item is NOT for sale]