Price guides for A Burmese ivory figure of a seated Buddhist...

Appraise and find values for
A Burmese ivory figure of a seated Buddhist... 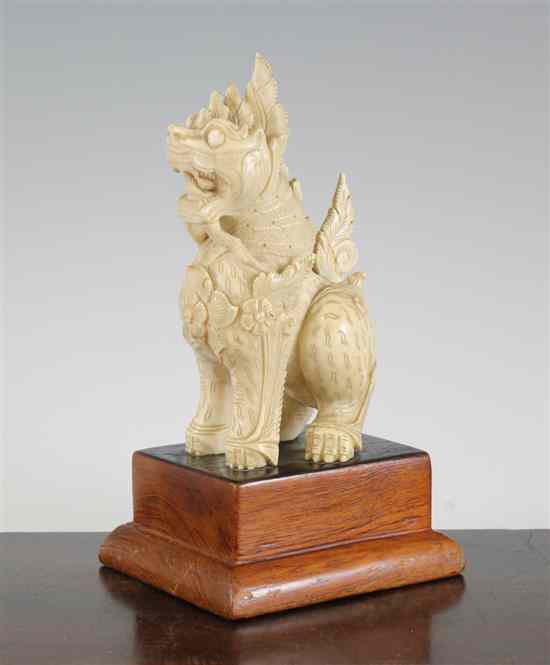 A Burmese ivory figure of a seated Buddhist lion first half 20th century 6.5in.; fixed to a hardwood plinth Estimate ?100-150 Descriptions provided in...