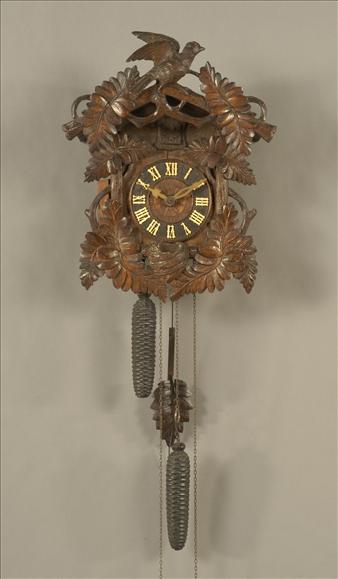 A Black Forest weight-driven cuckoo clock Unsigned, circa 1900 The weight-driven movement with cuckoo announcing the hour via a door above the applied...