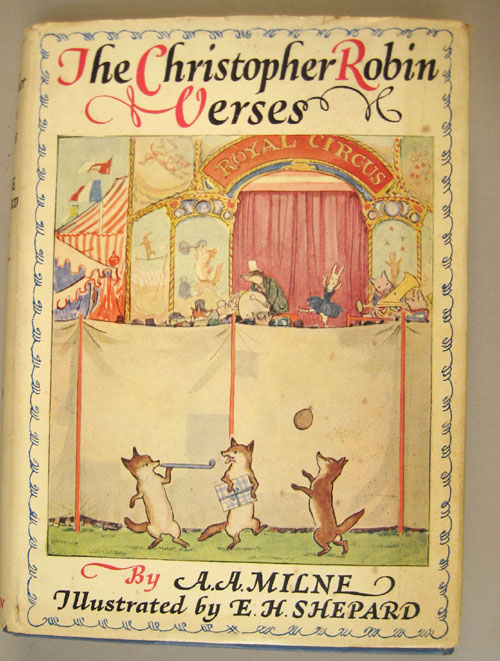 A.A. Milne The Christopher Robin Verses, being "When We Were Very Young" and "Now We Are Six", with illustrations by Ernest H. Shepard, pub. Methuen &... [this item is NOT for sale]