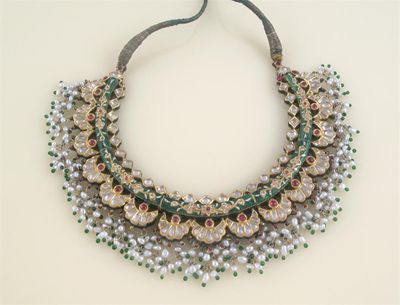 A 20th century Indian fringe necklace, mounted with white stones and seed pearls in gold.... [this item is NOT for sale]