Price guides for A 19thC Staffordshire figure group, of the...

Appraise and find values for
A 19thC Staffordshire figure group, of the... 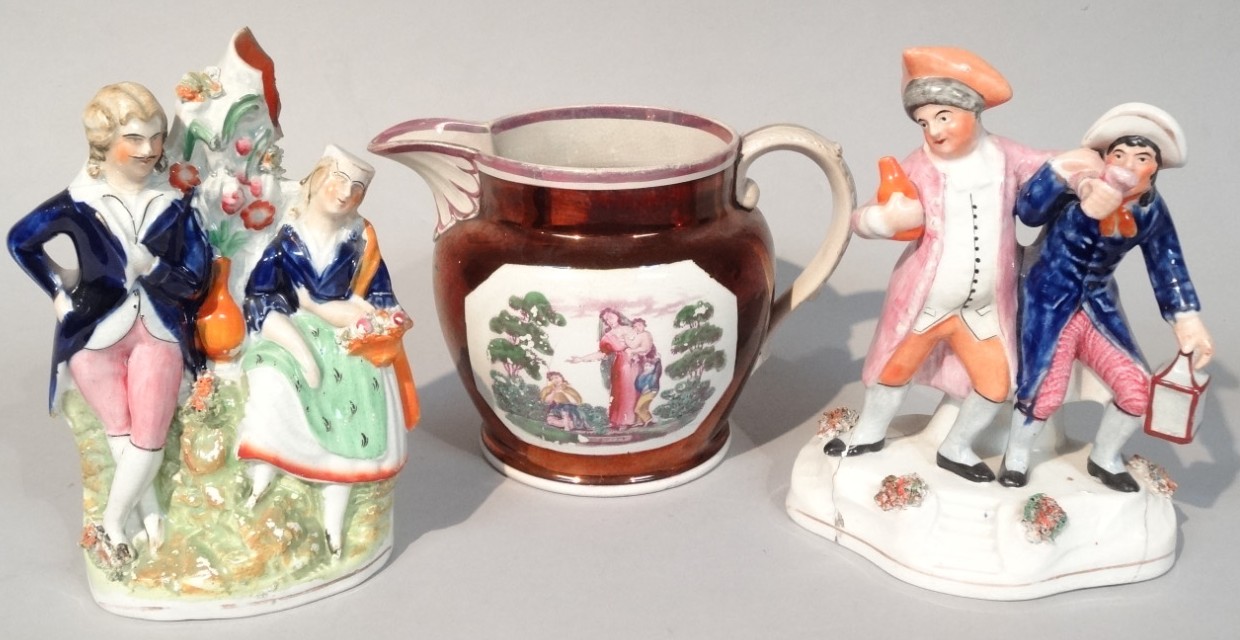 A 19thC Staffordshire figure group, of the parson and clerk, wondering through the streets holding lantern, polychrome decorated in orange, blue and pink... [this item is NOT for sale]