Price guides for A 19th century Meissen figure group of a...

Appraise and find values for
A 19th century Meissen figure group of a... 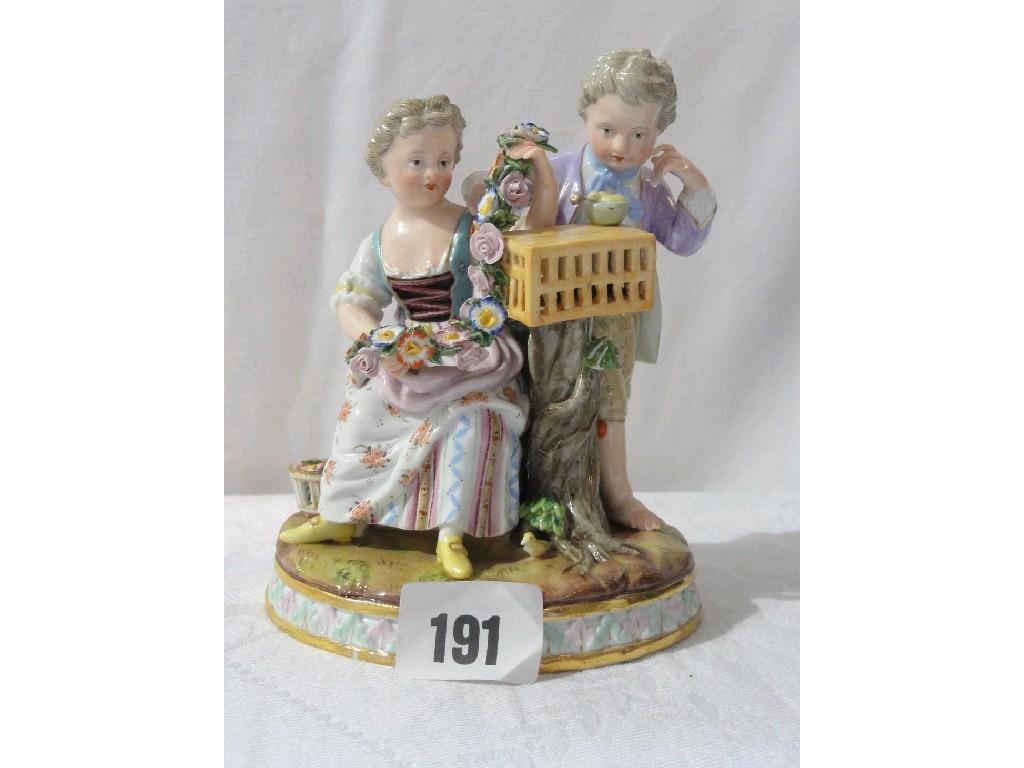 A 19th century Meissen figure group of a pair of children watching a yellow bird in its nest with further yellow bird at the base of a tree, she holding...