Price guides for A 19th century African ivory bangle, 4.5in...

Appraise and find values for
A 19th century African ivory bangle, 4.5in... 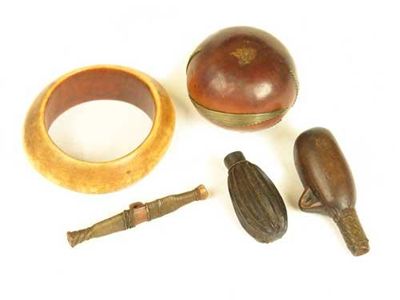 A 19th century African ivory bangle, 4.5in (11.5cm) dia, an applied brass gourd container, a Zulu ribbed snuff bottle and another with wirework neck, and... [this item is NOT for sale]