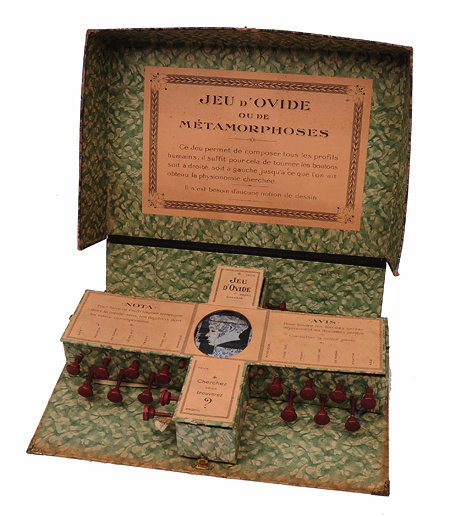 A 19TH CENTURY FRENCH GAME 'JEU D'OVIDE, OU DE MÉTAMORPHOSES', the box opening to reveal winding reels within to show differing faces within the central... [this item is NOT for sale]