Appraise and find values for
A 17th century panelled oak chest, the moulded... 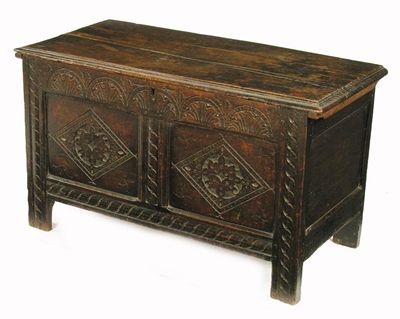 A 17th century panelled oak chest, the moulded edge boarded top with later hinges to a lidded till, the carved twin panel front with a foliage design within...