Price guides for 8415 - After Remington, Sioux Man on Horseback,...

Appraise and find values for
8415 - After Remington, Sioux Man on Horseback,... 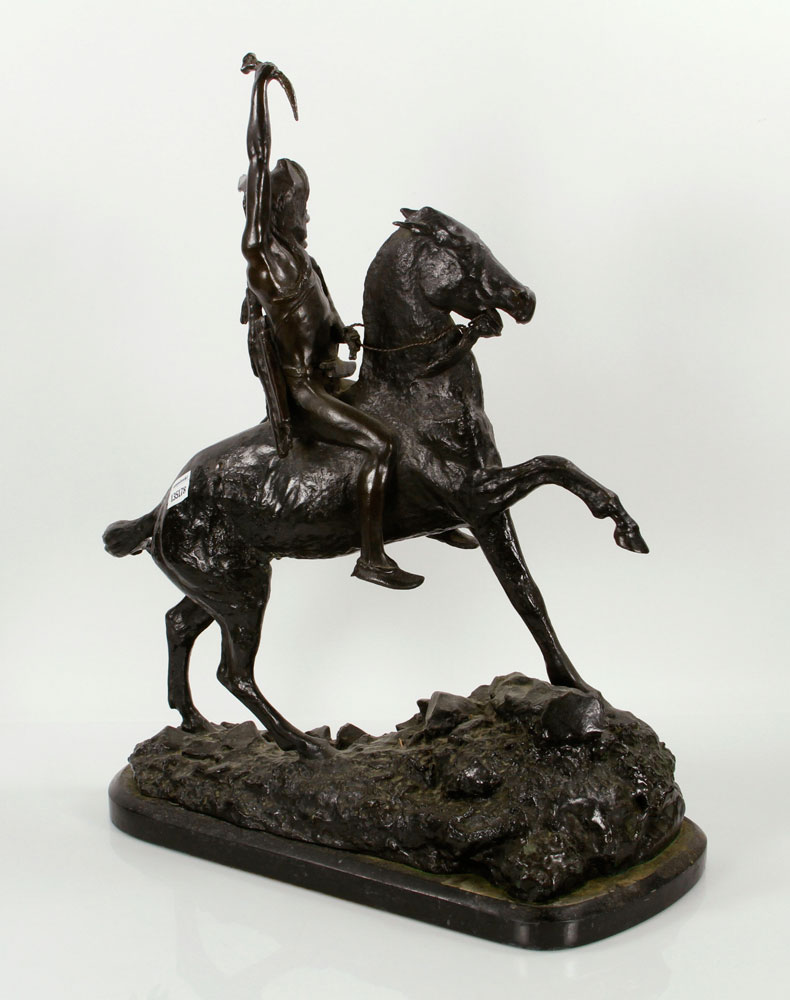 8415 - After Remington, Sioux Man on Horseback, Bronze Frederic Remington (After), Sioux man on horseback, cast and patinated bronze sculpture, the... [this item is NOT for sale]