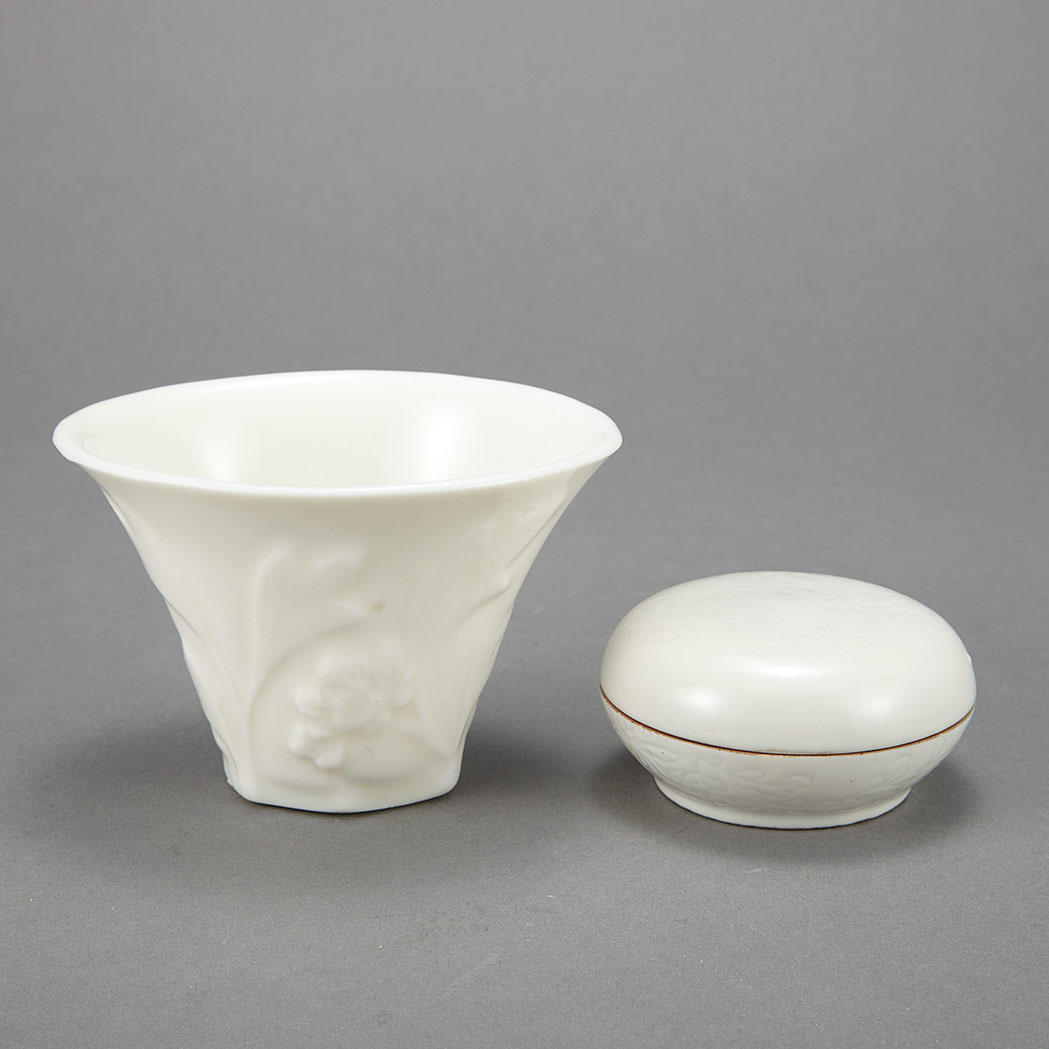 8 Chinese Dehua Libation Cup 19th Century The tapering sides molded on the exterior with blossoming flowers and leafy stems; Together with a White Glazed... [this item is NOT for sale]