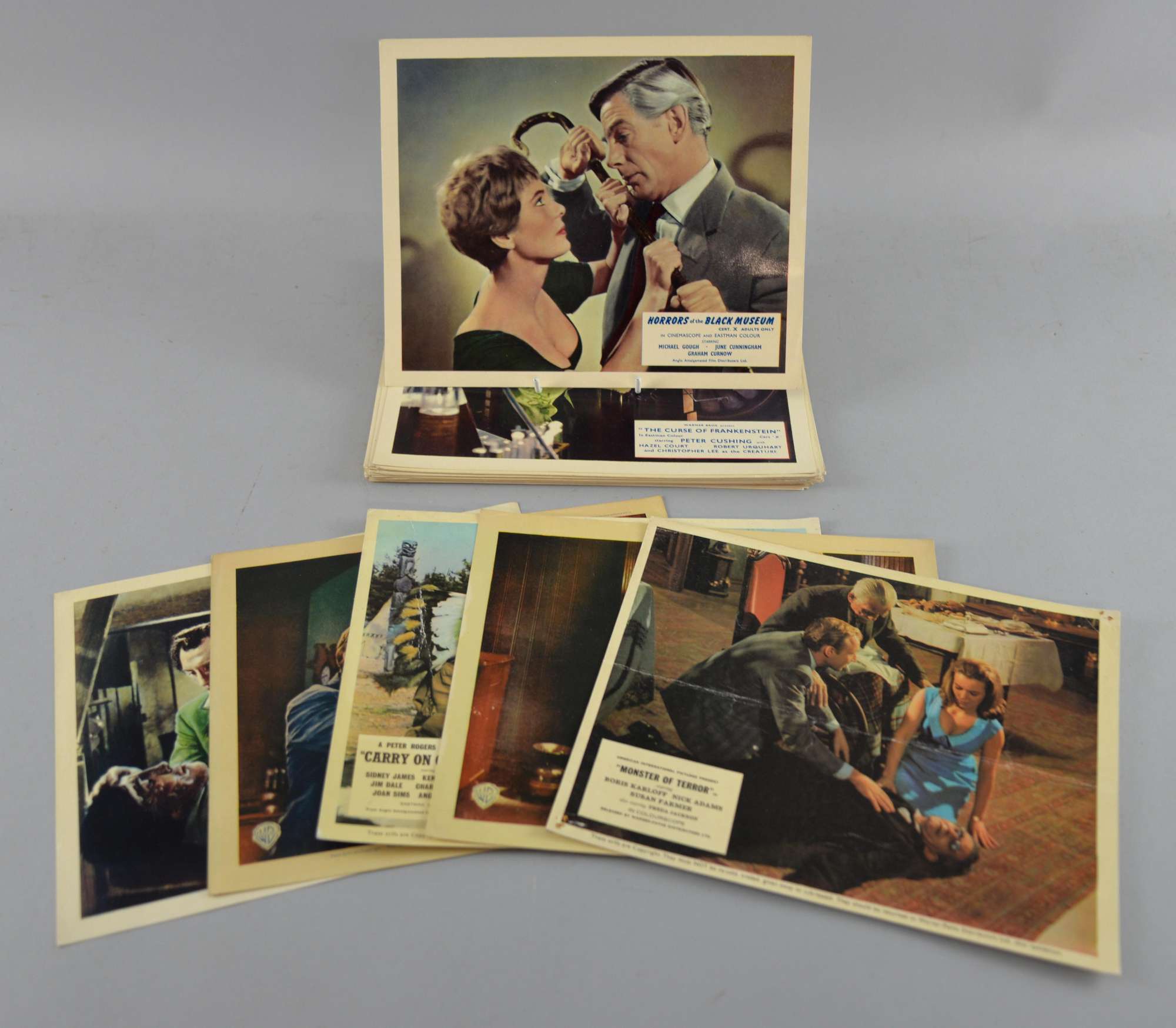 35+ mixed front of house cards, stars & films including Horrors of The Black Museum, The Curse of Frankenstein, Peter Cushing, Christopher Lee, The Spy...