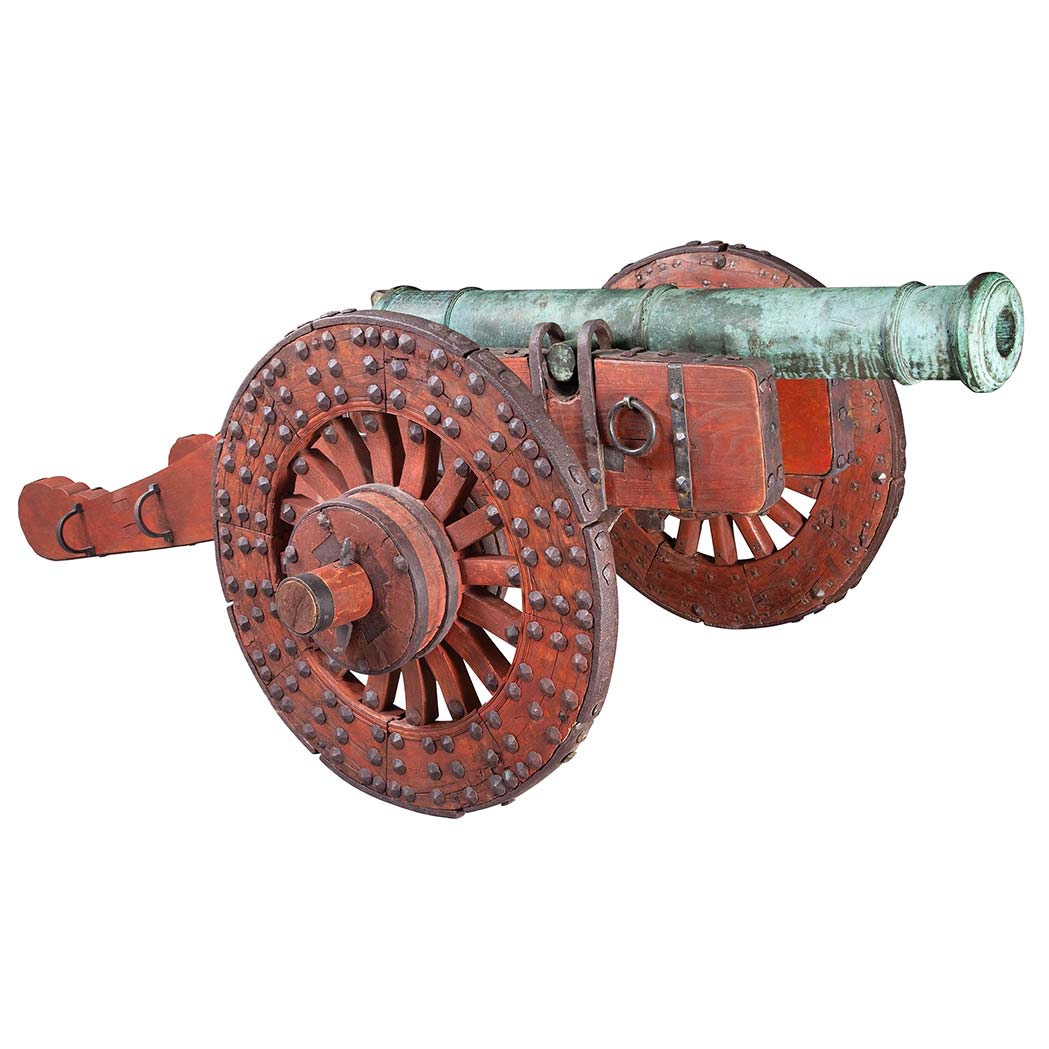 3 Chinese Bronze Cannon and Caisson Dated 34th Year of the Reign of the Emperor Kangxi, 1695 The tapered cylindrical form incised at the breech with Chinese...