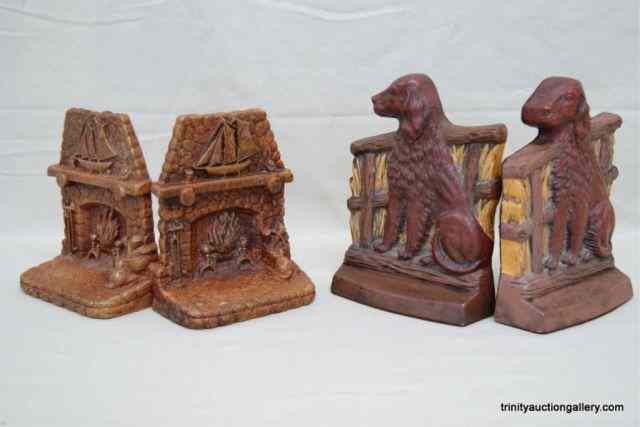 2 c.1930's Syroco Wood BookendsOne set depicts a Cabin Fireplace scene the other a Hunting Dog by a Fence scene. Made by Syracuse Ornamental Company from...