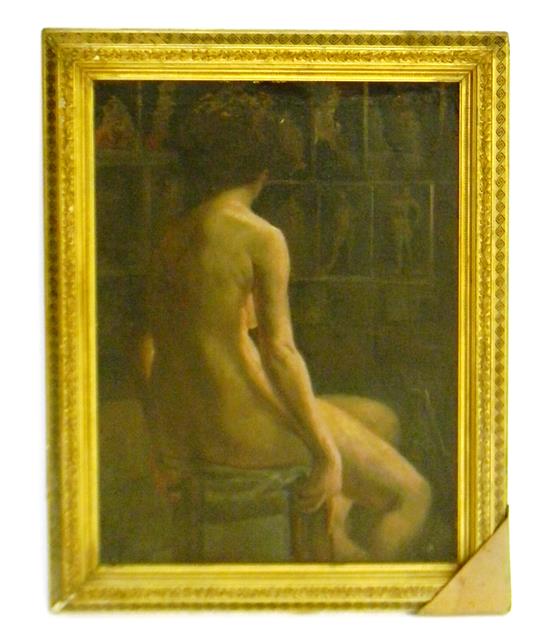 19th/early 20th C. academic nude study, large oil on board, seated nude female in art studio with back turned three-quarters of way from viewer, shelves... [this item is NOT for sale]