Appraise and find values for
1897 GAMES IN DIXIE-LAND PLAYING CARDS: ... 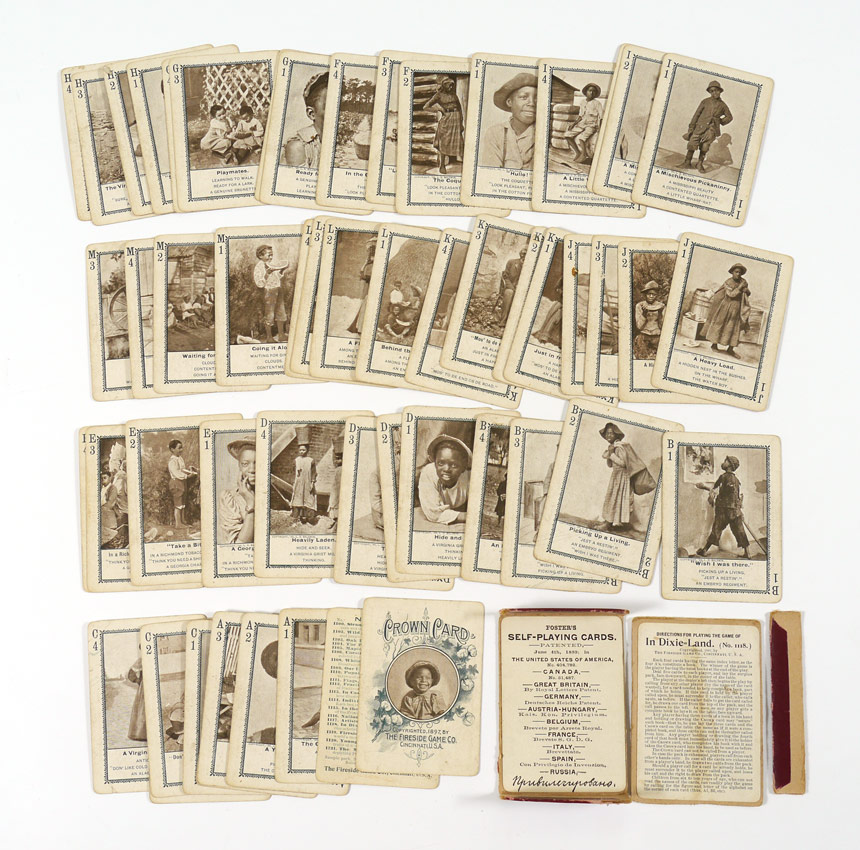 1897 GAMES IN DIXIE-LAND PLAYING CARDS: Produced by The Fireside Game Company, 1897. Cards portray scenes of Black Americana in the South of the time...