Price guides for 1709 Queens: A PROCLAMATION Broadside for...

Appraise and find values for
1709 Queens: A PROCLAMATION Broadside for... 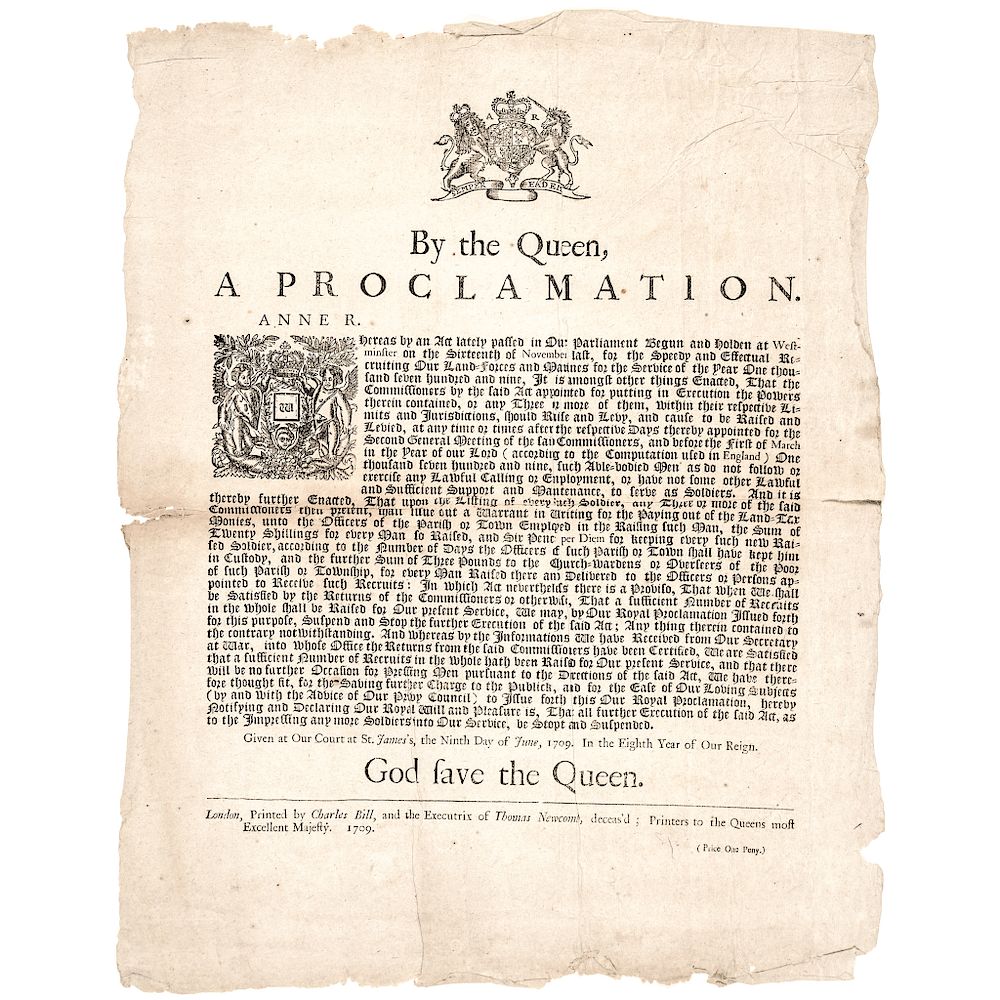