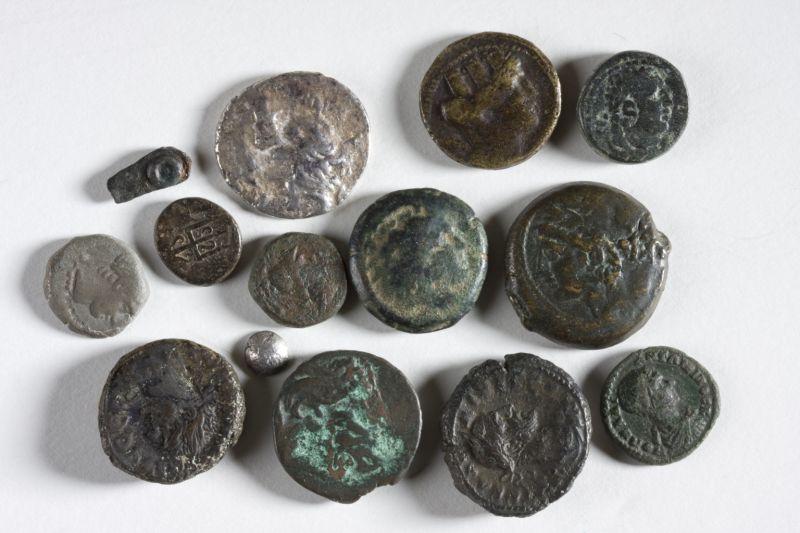 14 Ancient Greek and Greek Imperial Coins as follows: Alexander III (the Great) AE20, large flan, fine; unattributed South Italian or Sicilian AE21 with... [this item is NOT for sale]