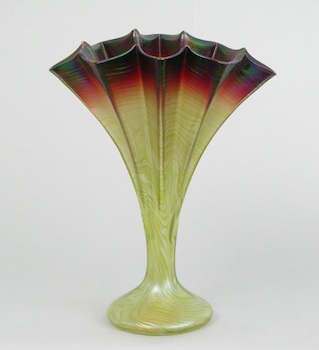 1069. An Iridescent Art Glass Vase, ca. 20th Century An iridescent art glass vase, unmarked or signed, with a polished ponil, in clear glass with a... [this item is NOT for sale]