Price guides for 1037. "The Frigate Constitution And Other...

Appraise and find values for
1037. "The Frigate Constitution And Other... 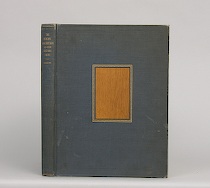 1037. "The Frigate Constitution And Other Historical Ships" by F. Alexander Magoun, S.B., S.M. Marine Research Society, Salem MA, 1928. Limited edition... [this item is NOT for sale]