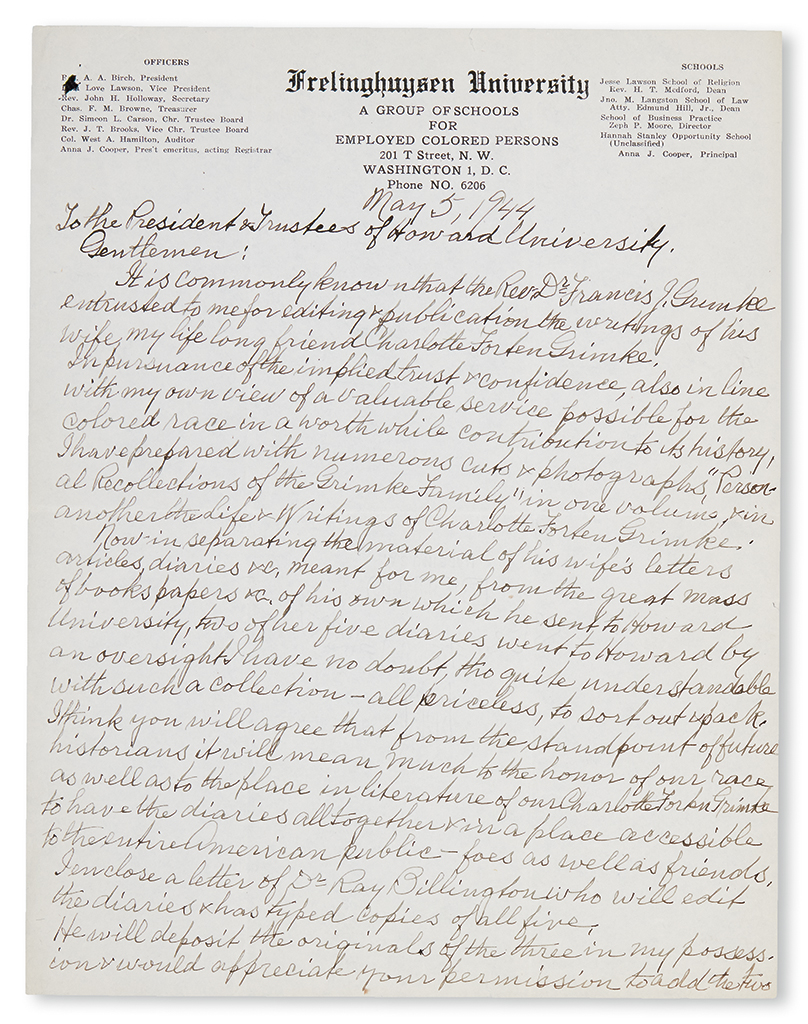 (WOMEN.) Cooper, Anna Julia. Autograph Letter Signed to the president and trustees of Howard University, regarding the editing and publication of Charlotte...