Price guides for "THE PEOPLE WISH ONLY TO SEE YOU RIDE" (CUSTER,...

Appraise and find values for
"THE PEOPLE WISH ONLY TO SEE YOU RIDE" (CUSTER,... 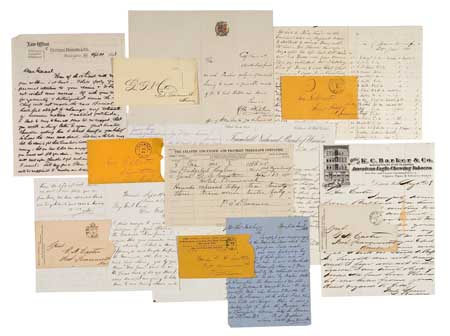 "THE PEOPLE WISH ONLY TO SEE YOU RIDE" (CUSTER, GEORGE ARMSTRONG.) Archive of 19 letters to General Custer concerning his famous horses and hunting dogs.... [this item is NOT for sale]