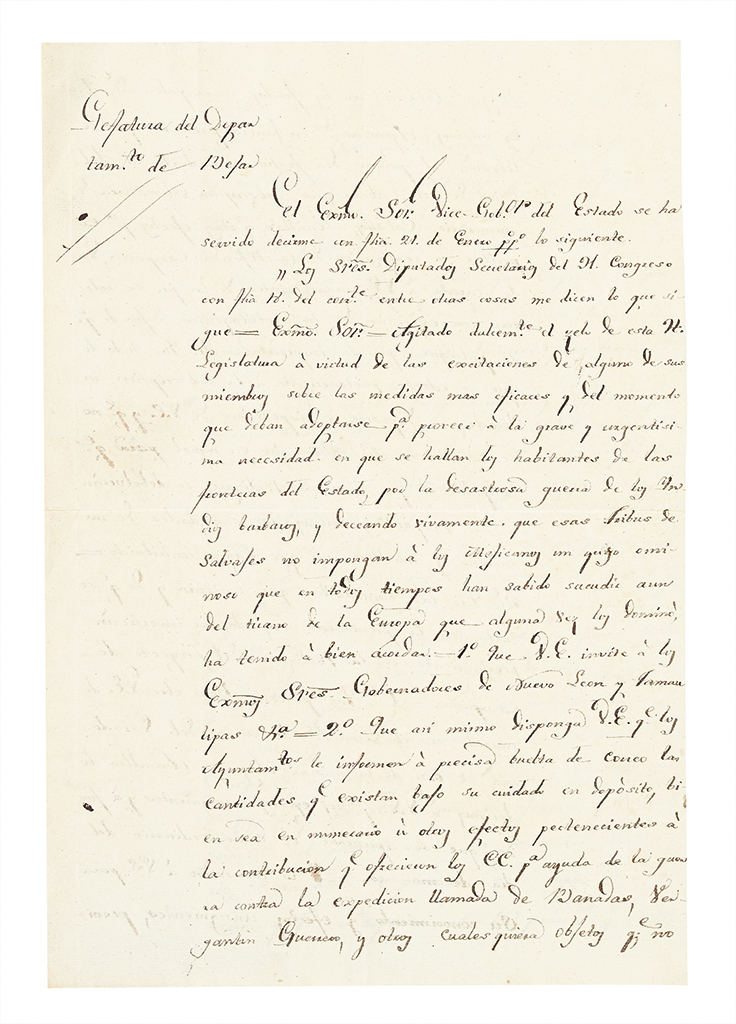 (TEXAS.) Músquiz, Ramón. Letter commanding the town of Goliad to contribute to the defense against hostile Indians. Letter Signed as political chief... [this item is NOT for sale]