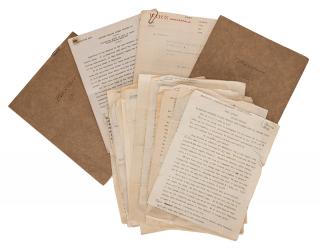 [Scripts] Blackstone, Harry (Henry Boughton). Archive of Harry Blackstone Scripts. 1940s. Including fascinating radio and television scripts for Blackstone,... [this item is NOT for sale]