Appraise and find values for
[SMITH, Samuel.]Necessary Truth: or, Seasonable... 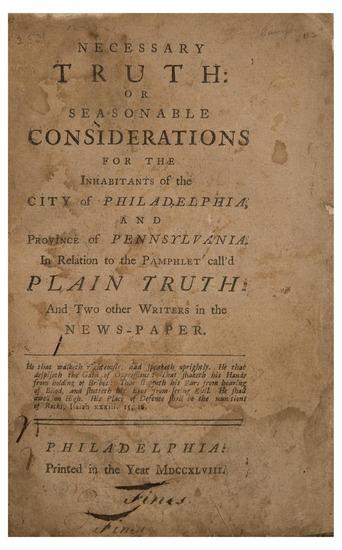 [SMITH, Samuel.]Necessary Truth: or, Seasonable Considerations for the Inhabitants of the City of Philadelphia, and Province of Pennsylvania, in Relation... [this item is NOT for sale]