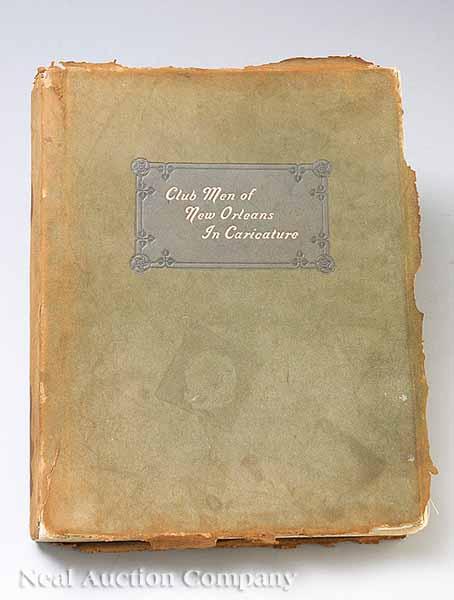 [New Orleans History], "Club Men of Louisiana in Caricature", drawings by W.K. Patrick, printed by the Roycrofters, East Aurora, NY, 1917, with a preface... [this item is NOT for sale]