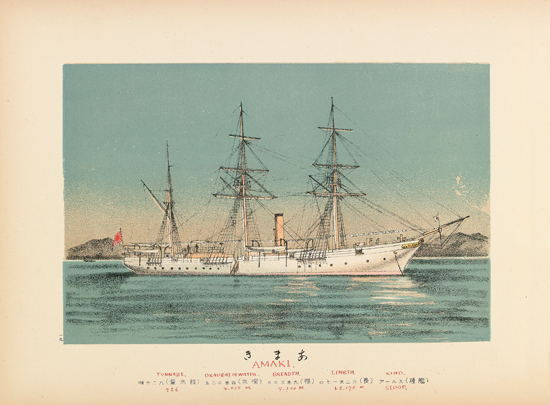 (JAPAN.) Views of the Japanese Navy, 1869-1894 [translated title]. 57 chromolithographed plates. Text entirely in Japanese. Oblong small 4to, original... [this item is NOT for sale]