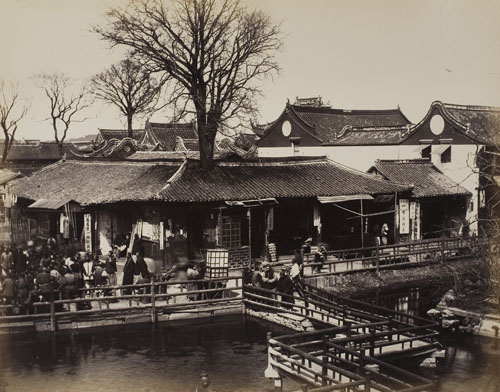 (JAPAN & CHINA) Album with ornate lacquer covers containing 32 photographs of Japan and 18 of China, with views of landscapes and temples, and examples...