Price guides for "I THINK HOUSE-TON IS PERFECTLY RIDICULOUS"...

Appraise and find values for
"I THINK HOUSE-TON IS PERFECTLY RIDICULOUS"... 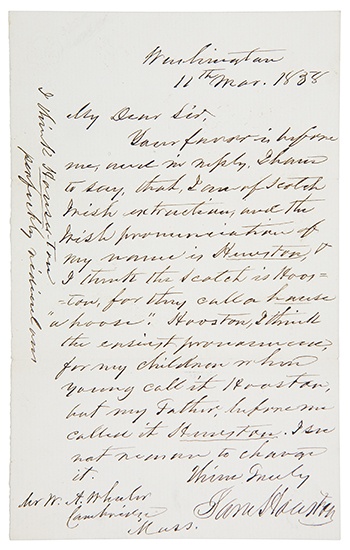 "I THINK HOUSE-TON IS PERFECTLY RIDICULOUS" HOUSTON, SAMUEL. Autograph Letter Signed, "Sam Houston," to W.A. Wheeler, commenting on the pronunciation of... [this item is NOT for sale]