Price guides for [Evelyn (John)] A Character of England As...

Appraise and find values for
[Evelyn (John)] A Character of England As... 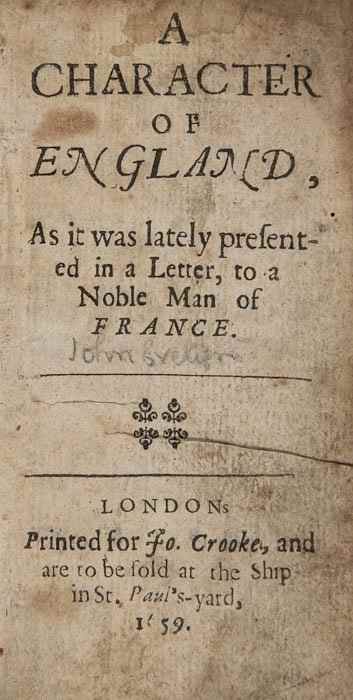 [Evelyn (John)] A Character of England As it was lately presented in a Letter to a Noble Man of France first edition lacks first and last ff. (blanks)...