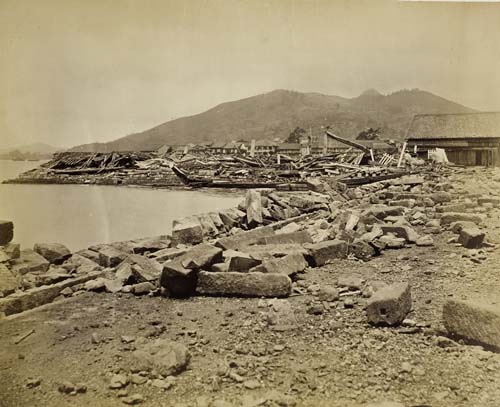 (CHINA) Album containing 29 photographs of China, with many documentary images depicting the aftermath of an unidentified earthquake or a typhoon, as...