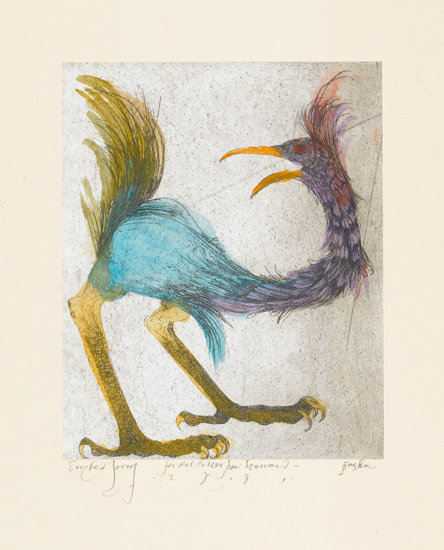 (BASKIN, LEONARD.) Hughes, Ted. Capriccio. Poems by Hughes. 25 color engravings, woodcuts, and wood engraving by Baskin, all signed by the artist and...