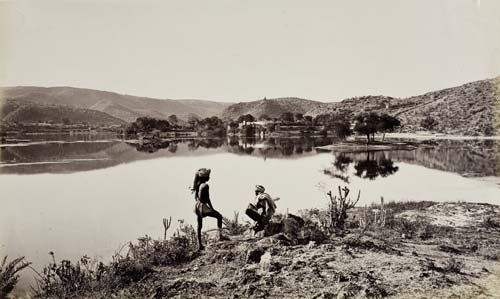 (ASIA) Album containing approximately 70 photographs of India, Burma, and other locales by samuel bourne, t.a. rust, john burke and others. With striking...