Appraise and find values for
(AMERICAN REVOLUTION--1775.) Order to pay... 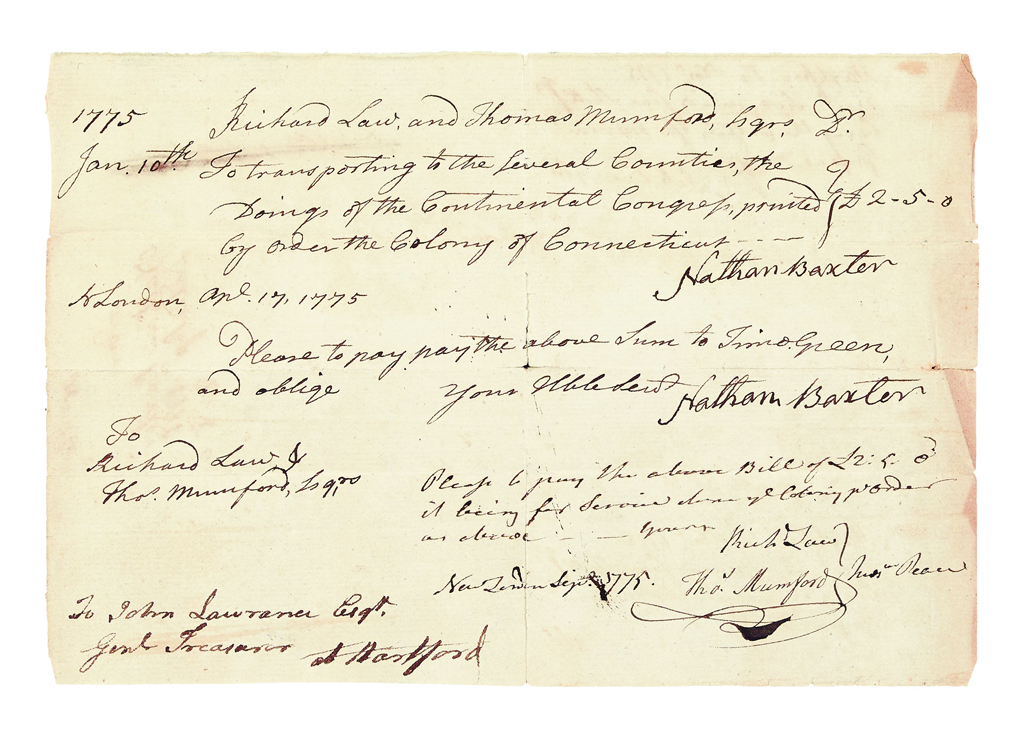 (AMERICAN REVOLUTION--1775.) Order to pay Timothy Green for distributing the Acts of the Continental Congress throughout Connecticut. Document Signed,...