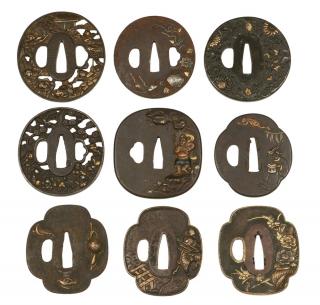 (9) JAPANESE MIXED METAL TSUBAS Meiji Period Iron or Bronze Tsubas with copper, gold, bronze and silver inlay, two with pierce work, one of a battle, one...