To find prices and values for Antique Dolls or Antique & Vintage Toys, including Model Trains, please see our Price Guides to search through millions of sales records to compare with yours.

Toys, games and dolls are all of ancient origin. In one form or another all are shown or discussed in the earliest surviving records of all civilized societies, and evidence of their existence is not uncommon in archeologists' digs of prehistoric civilizations. In all societies and in all ages, toys have served a valuable dual function, first as a means of entertainment but more importantly (and perhaps less obviously) that of introducing the child to the realities of the world into which he was growing.

Until fairly recent times the vast majority of children's toys and dolls were home made. At the most elementary level, the child created and, in fact, still creates, his own playthings out of sticks, pebbles, and cast-offs from his elders. Mothers, fathers, and grandparents were (and are) another source for original play materials. The existence of a toy making industry as such is a comparatively recent phenomenon, apparently originating in Germany in the 16th Century.

Prior to that time, the limited commercial toy making existed solely as a sideline of various artisans, done only by special order for a wealthy parent. Such custom-made Toys were well known to the aristocracies of Egypt, Greece and Rome.

By the late 16th Century, the products of the Toymakers Guild of Nuremberg were being distributed across Germany. The individual toys themselves were still the hand-made products of skilled craftsmen, however, and only the wealthier classes of society were in a position to buy them. It was not until the coming of the industrial revolution in the early 19th Century, which brought manufactured goods down in price while increasing the living standards of larger numbers of people, that the toy industry as we know it today came into being.

In the United States most of the early toy production was in the larger, wooden outdoor toys, wagons, sleds and the like. It wasn't until the 1860s that commercially manufactured indoor toys began to be widely distributed in this country, and even then these were for the most part European imports. Distributors devoted to the marketing of Toys or Dolls came into existence at this time and the earliest, F.A.O. Schwarz in New York City (1862), is still probably the largest retail toy-only outlet in the country. These early Toys and Dolls are now considered Antique and very collectible.

Aiding the growth of the burgeoning toy industry in the latter half of the 19th Century was the introduction of the great mail order houses. Founded in 1872, by 1878 Montgomery Ward & Company was including a few sleds, velocipedes, wagons and hobby horses in its catalog to tempt the younger set. Each succeeding year saw the addition of another page or two of toys, games, and dolls, bringing the Ward's catalog toy section to over a dozen pages by the end of the next decade. Sears, Roebuck arrived on the mail order scene in the early 1890s, and quickly followed suit.

The wholesale suppliers, those who served the general stores of the frontiers and the small merchants of the rural Midwest, also pushed toys and dolls as a fast moving, high profit product area for their customer's shelves. Butler Brothers, then as now (City Products Corporation) one of the largest "wholesale only" outlets, devoted a good portion of their monthly catalog Our Drummer to an extraordinarily comprehensive array of items designed to gladden boys' and girls' hearts.

The Butler Brothers, along with their mail order competitors, found it more effective to put their emphasis on toys in the Christmas-oriented fall and early winter catalogs. Spring and summer editions carried only a fraction as many listings in Toys and Dolls. Marshall Field & Company was another important wholesale outlet during that period, and their 1892 "Holiday Goods" wholesale catalog contains what is probably the most attractive toy, game, and doll display of its time.

Not all toys and dolls were - or are - designed for children. Some of the most elaborate and beautifully fashioned "toys" that survive from the middle ages are the antique dolls and doll houses created by the master toymakers of Nuremberg for the collections of wealthy noblemen and merchants. Men share children's enthusiasm for anything mechanical, as evidenced by the number of electric trains "received" by babies, regardless of gender, for their first Christmas.

Before electricity was used to power toy model trains, toy steam locomotives were actually steam powered, as were a variety of motor launches, steam rollers, cranes and shovels. Some of these antique model trains and toys were “true” toys, but many were not. Early Bassett-Lowke catalogs show steam locomotives ranging from a few inches to several feet in length, the latter nearly equaling in complexity the full-size prototype and obviously not designed to cope with the instinctive destructive abilities of childhood.

Steam engines as antique toys date from about 1870, and it appears that the earliest steam-powered toy locomotive was marketed about 10 years later. There is some evidence that antique doll heads made of ceramic were being made in Philadelphia as early as 1830, and wooden outdoor toys were being produced commercially in this country even earlier. Cast iron became popular as a toy material in the mid-1860s, initially for mechanical banks, although some antique toy banks made of tin were produced here in the 1820s.

Visual games and toys have long fascinated children, as demonstrated by the full page of shadow caricatures from Der Bazar of 1860 and the great popularity of the magic lantern and similar-type devices following their introduction into the American market at about that same time. Although playing cards, checkers, dominoes and other adult games were of much earlier origin, in the early 1880s Milton Bradley Company achieved huge success with their introduction of simple, colorful games specifically designed for children. It is remarkable to see how long so many of these have survived with little or no change.

Despite the rapid increase in number and size of domestic toy manufacturers in the last half of the 19th Century, the market seemed to grow even faster. Around 1850s, most Toys and Dolls or Games available domestically were imports, and by 1900 imports still accounted for about 75 cents of every toy dollar spent. The drastic reduction in toy flow from Europe resulting from World War I permitted American manufacturers to catch up with demand and finally achieve domination of the domestic market. 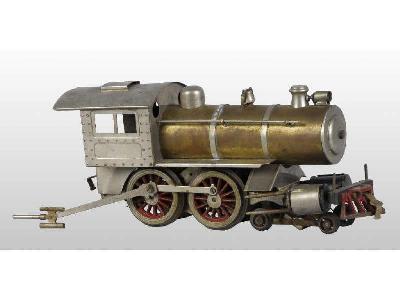 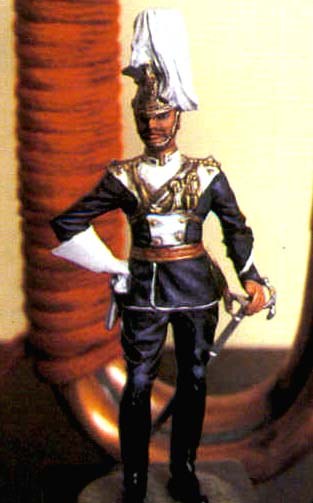 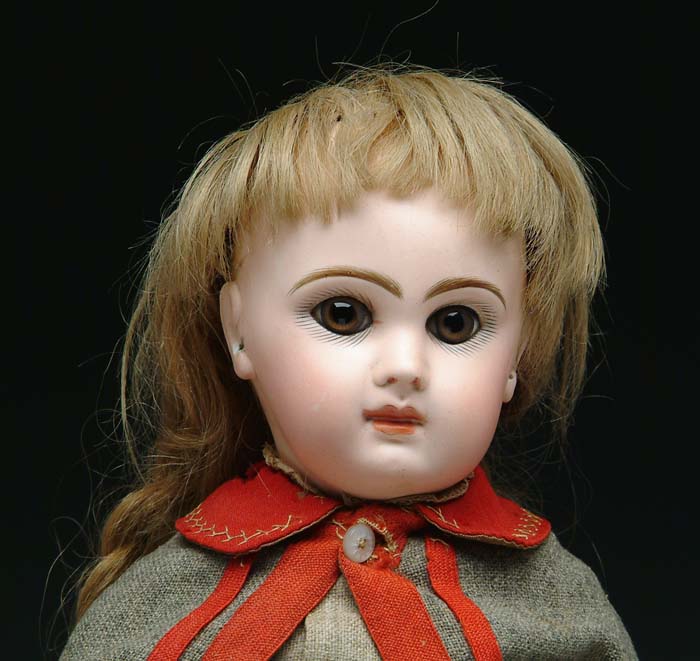 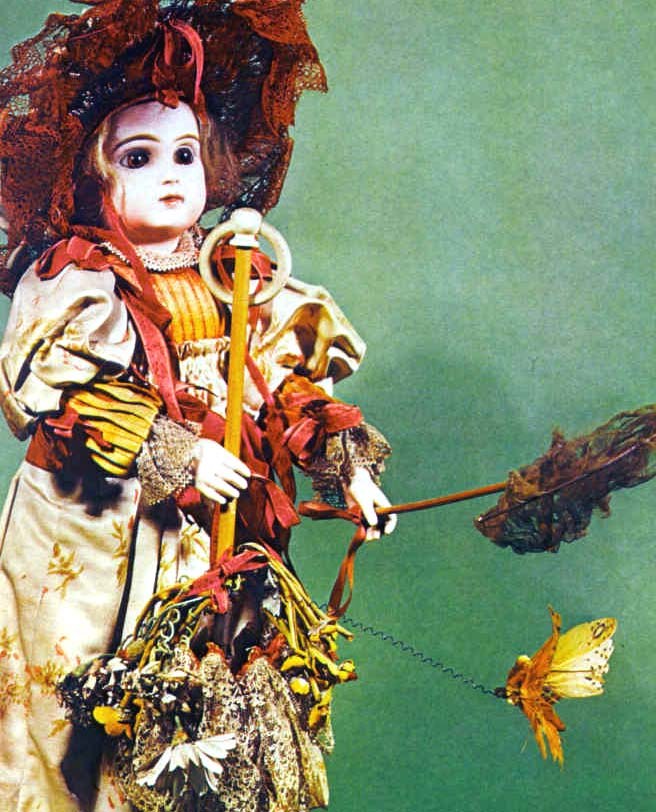